Issues, practice, and leadership of Information Technology in Europe

Study: A study of information systems issues, practices, and leadership in Europe

There is a need for high-quality research findings that can be applied to problems encountered by information technology (IT) practitioners. The practical difficulties associated with gaining access to IT executives often limit the practicality of such research. As an IT executive, it’s one thing to know what you’re thinking and what your organization is doing, but quite another to know what others in similar leadership positions have on their minds and what are their organizations doing in terms of technology investments, priorities, performance measures, outsourcing, cloud, and so on?

This paper reports the findings of a study of IT management issues and practices as reported by European IT executives. This study was conducted as an extension of a practice-oriented research study, conducted in the United States (U.S.) since 1980, which reports on a wide range of IT concerns, investments, skills, management practices, and leadership activities.

How it was studied:

In the summer of 2017, an online survey was administered to European IT executives, asking them about their concerns, spending, investments, cloud usage, security, workforce, reporting relationships, and other issues of importance to them. A total of 276 unique organizations responded, including 151 CIOs (i.e., the highest-ranking IT executive in their organizations) and 125 other senior IT executives.

Comparisons with U.S.-based organizations reveal mostly similarities, but some interesting differences too. We find that IT leaders in Europe must simultaneously balance the needs of their own IT organization, often much of it outsourced, against those of the greater organization, and make both IT operational and enterprise business decisions, while performing to a set of often contradictory metrics. Our data also suggests that the role of the CIO is both more complicated and more business focused than one might think. Consider that CIOs play an important part in the overall functioning of the business, spend almost all their time with a variety of people in their own and other organizations, meet quite frequently with their C-suite peers, perform a complex assortment of tasks, and are evaluated by a plethora of both IT and business performance measure. Moreover, almost all CIOs on both sides of the Atlantic report at the C- or Board-level; a clear indication of the significance of the CIO’s role and the high degree of importance and value placed on IT by the organization.

Notwithstanding this and many other similarities between European and U.S. CIOs, there are some noteworthy differences. Cloud spending and cloud utilization are both lower in Europe than the U.S. Despite the fact that organizations in both locales spend about half their IT budgets on people, European companies spend more of it on contractors and consultants. European organization appears to be ahead of the U.S. in many cybersecurity-related practices; and yet cybersecurity is rarely considered in evaluating the performance of European CIOs. Moreover, cost-related performance metrics are more common than strategic ones for CIOs in Europe, while quite the opposite is true in the U.S.

We believe all this bodes well for IT leaders and their IT organizations, which are coming to be looked upon as partners of their businesses rather than simply service providers to their businesses. We hope that this report provides a sharper picture of, and perhaps in some small way helps, the IT executives who are successfully leading major European organizations as they face the challenges and the opportunities, both today and in the future.

Leon Kappelman is a research scientist, teacher, author, speaker, expert witness, and adviser dedicated to helping organizations better manage their information, human, and technology assets. He is Director Emeritus of the Information Systems Research Center, Professor of Information Systems, and Chairman in the Information Technology and Decision Sciences Department of the College of Business at the University of North Texas (UNT). He is also primary investigator of the Society for Information Management’s IT Trends Study.

Vess Johnson is an Assistant Professor of Business Information Systems at the University of Arkansas in Little Rock where he currently teaches a variety of courses in the area of data analytics. He received his PhD in Business from the University of North Texas, MS in Computer Science, BA in Philosophy and BS in Mathematics from Mississippi State University. Prior to returning to academia he served as the President and CEO of multiple companies in a professional carrier spanning over 20 years.

Russell Torres is Assistant Professor of Business Analytics at the University of North Texas. He is the co-author of A Survey of Core Research in Information Systems and numerous scholarly publications on the topics of maximizing the value of business intelligence and analytics investments, information technology management, business process management, and mobile computing. Prior to his work in academia, Russell served as a Senior Manager with Accenture where he spent 14 years helping design, develop, and deliver custom applications as a member of Accenture’s Architecture, Development and Integration practice. Russell holds a PhD in Business Computer Information Systems from the University of North Texas, as well as an MS in Management Information Systems and a BS in Bio-Environmental Science, both from Texas A&M University.

Ephraim McLean is a Regents’ Professor, the G. E. Smith Eminent Scholar’s Chair in Information Systems, and the Director of the Center for Health IT, all in the Computer Information Systems Department in the Robinson College of Business at Georgia State University, in Atlanta, GA. Prior to joining GSU in 1987, he was on the UCLA faculty for 18 years; and before that he worked for Procter & Gamble for seven years, where he began his career in computing in 1962. He has published over 130 papers in a number of leading journals and is the co-author or co-editor of seven books. He has been a member of SIM since 1974 (40 years!) and has served on the SIM Executive Council three times. He was the founding chair of the Southern California SIM Chapter and helped found the Atlanta SIM Chapter. In 1999, he was named an AIS Fellow and in 2007 was recognized with the LEO Lifetime Achievement Award, the highest recognition in the world for an IS academic. 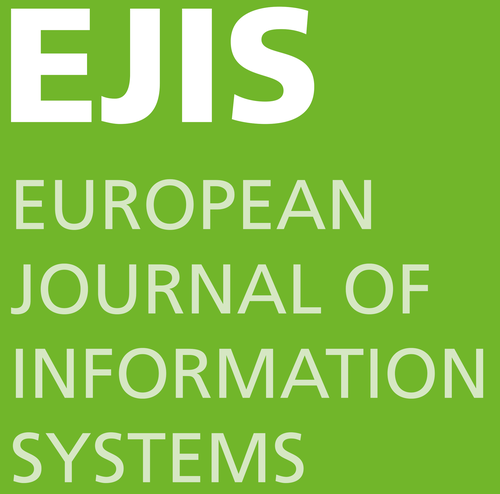